“The apkallus were also an essential part of the composition Šēp lemutti. The composition starts by defining the purpose of the ritual as to avert evil from the house.

Then the text prescribes the types of figures to be fashioned and buried at set locations in the house. This section contains a long passage describing wooden figures of seven apkallus, from seven Babylonian cities. Since these figures should be made of wood, no remains of them are found, of course. 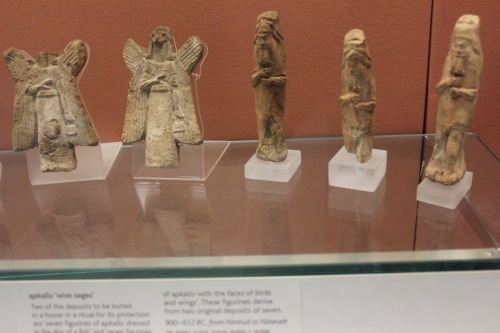 Bird Apkallū and Fish Apkallū, the so-called purādu-fish, side by side. Apkallū statuettes of this design were buried in appropriate places in the home of a Babylonian exorcist. They were believed to have prophylactic qualities, guarding the home from evil.

The next passages describe apkallus with well-known features; seven figures with faces and wings of birds and seven figures cloaked in the skin of a fish. (Cf. Green, “Neo-Assyrian Apotropaic Figures,” 87-96, 87-90.)

In total the apkallus as groups of seven are described five times according to where they should be buried: at the head of the bed, in the foundation of the house, at the threshold to the chapel, in front of the door behind the chair and in the middle of the house in front of the chair (the chair may here be the throne of the palace). 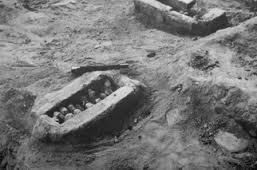 As noted by Professor Dalley, “The type occurs as a group of six or more clay figurines placed in brick boxes in foundations at Assur, Nimrud, and Nineveh,” citing Dessa Rittig as her source (Assyrisch-babylonische Kleinplastik magischer Bedeutung vom 13.-6. Jh. v. Chr. München, 1977).

The first invocation addresses the arrival of the apkallus: “the apkallus have arrived at the first location.” (Cf. P. Hibbert in Kolbe, Die Reliefprogramme, 200-1.) Then follows an invocation that is similar in all the other four instances: šiptu attunu salmānu apkallu massarī, “Incantation: “you are the statues of the apkallus, the watchers.” (Wiggermann, Mesopotamian Protective Spirits, 48.)

The designation massaru follows the intention of the whole ritual closely: the apkallus are invoked to protect the palace or the house. Accordingly, there is a close correspondence between the invocation of the apkallus as watchers and how they were represented materially.

The statues of them were initiated through proper rituals and either placed in the room of the ill person to free him from evil demons, or they were buried in a house, to guard the house against demonic attack.

As monumental reliefs at the entrances to palaces they remind people and demons that the palace, the king, and the inhabitants of the palace lived in a house which was protected against evil intruders through the proper rituals.

Since the apkallus appear in apotropaic rituals, they are closely connected to the practice of the āšipū, the exorcists. In an ancient Babylonian myth the sixth sage An-enlilda made poultices for medical means. They would be brought to the upper world of humans as protection against diseases. (Lambert, “The Twenty-One “Poultices,” obv. 11-4, 78.) 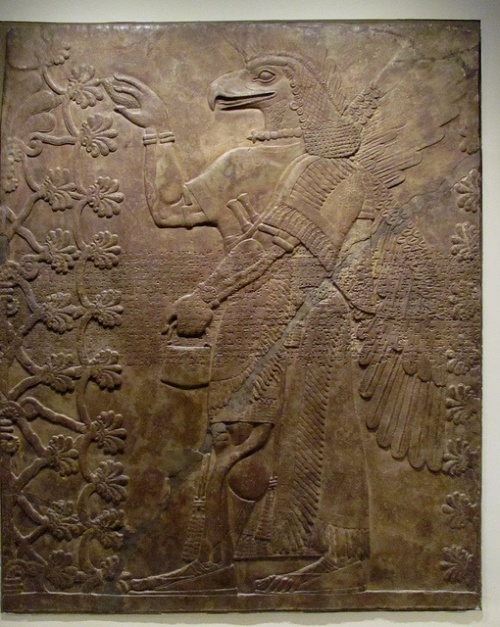 We know that experts in medicine and incantations against disease demons could either designate themselves as apkallu, or place themselves as a descendant of an apkallu, in this case used as honorary title for an expert of highest rank. (Cf. A. Tuskimoto, “By the Hand of Madi-Dagan, the Scribe and Apkallu-Priest,” in Priests and Officials in the Ancient Near East, K. Watanabe, ed., Heidelberg, 1999, pp. 187-200. Also Finkel, “Adad-apla-iddina,” 144f.)

In the commentary to diagnostic omens that explains the word pirig that occurs in the names of the postdiluvian apkallus meaning “light,” it is also stated that ka.pirig means āšipu.”