On the Names of the Umu-Apkallu

The name-like designations of the ūmu-apkallū are artificial and systematic; they do not even pretend to be historical realities. The names all start with ūmu / UD and may have been grafted on the u4- and p i r i g – names of other apkallū (Güterbook ZA 42103, Hallo JAOS 83 175, Reiner OrNS 30 6). 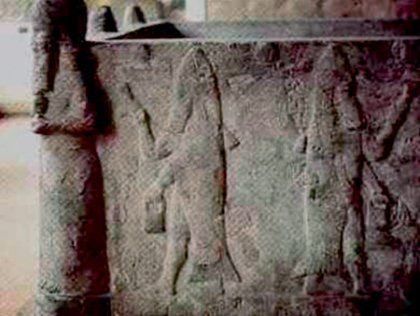 Fish-Apkallū depicted on a cistern. The fish iconography is unmistakable, as are the banduddu buckets in their left hands. Objects in their right hands are indistinct, but the traditional gestures of warding or blessing seem clear.

P i r i g in these names is explained in a commentary to the diagnostic omens as nūru (P i r i g – g a l – a b z u = nūru rabû ša apsî, RA 73 153:2, OrNS 30 3:18′) and also Berossos’ account of the activities of the first sage, Oannes (S. Mayer Burstein SANE 1/5 13f.), indicates that the common denominator of ūmu and p i r i g is “light” rather than a monstruous appearance; that personified ūmu denotes the personified day or weather, sometimes visualized as a lion (or leonine monster), in other contexts as well will be explained below (VII.4a).

For this reason we have translated ūmu in the names of the ūmu-apkallū as “day”. The ūmu-apkallū were either antediluvian or postdiluvian sages; without definite proof, we prefer the former possibility on the following grounds:

The reason for the invention of a second group of antediluvian apkallū, attested only in ritual I/II and its close relatives (III.B. and III.C), may have lain in the necessity of mythologically underpinning the existence of a traditional Assyrian apotropaic figure without appropriate credentials. 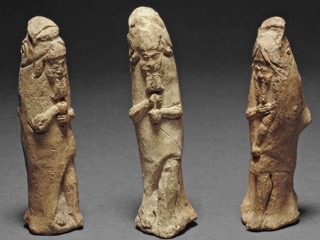 Fish-Apkallu statuettes of the type that were buried in the foundations of buildings.

The iconographic history of the ūmu-apkallū is in view of his human appearance difficult to trace; forerunners perhaps are the figures briefly discussed by Rittig Kleinplastik 28, and specimens from MAss times may possibly be found on the seals Iraq 17 Pl. X/3, Iraq 39 Pl. XXViI/2A, XXIX/27, ZA 47 55:5, 56:9. 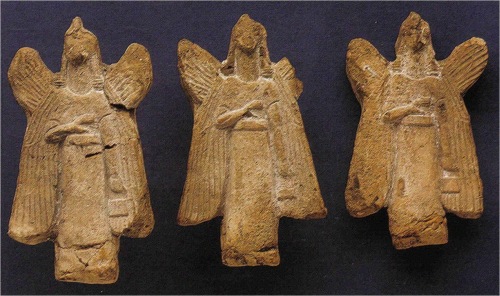 The name of the last apkallū before the flood, ūmu ša ana šagši balāta inamdinu, “day that gives life to the slain”, could conceivably be a learned interpretation of the name of the last king of Šuruppak before the flood z i – u d – s ù – r a; using Babylonian methods (cf. J. Bottéro Finkelstein Memorial Volume 5ff.), u d gives ūmu, š e ES of z i (for še) or r a (for s a g – g i š – r a) gives šagšu, r a gives ana, z i gives balātu, and s ù (for s u m) gives nadānu. That this possible derivation actually applies, however, cannot be proved.”