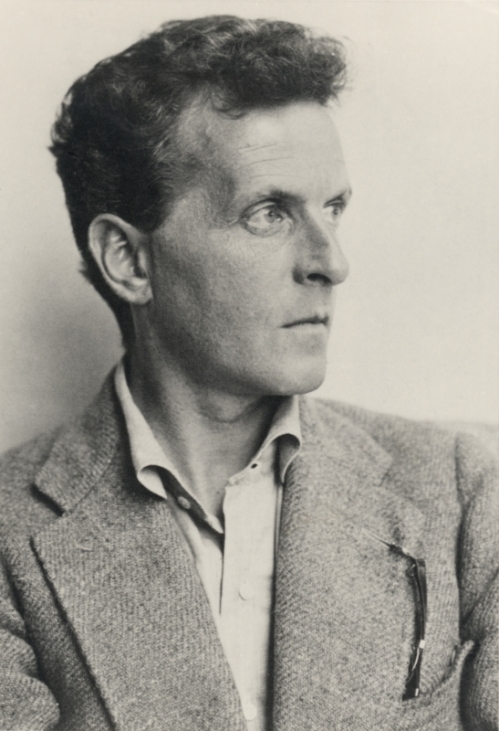 “As Leibniz observed in the Accessio ad arithmeticum infinitorum of 1672 (Sämtliche Schriften und Briefen, iii/1, 17), when a person says a million, he does not represent mentally to himself all the units in that number. Nevertheless, calculations performed on the basis of this figure can and must be exact.

Blind thought manipulates signs without being obliged to recognize the corresponding ideas. For this reason, increasing the power of our minds in the manner that the telescope increases the power of our eyes, it does not entail an excessive effort.

“Once this has been done, if ever further controversies should arise, there should be no more reason for disputes between two philosophers than between two calculators. All that will be necessary is that, pen in hand, they sit down together at a table and say to each other (having called, if they so please, a friend) “let us calculate.” (In Gerhardt 1875: VII, 198ff).

Leibniz’s intention was thus to create a logical language, like algebra, which might lead to the discovery of unknown truths simply by applying syntactical rules to symbols. When using this language, it would no more be necessary, moreover, to know at every step what the symbols were referring to than it was necessary to know the quantity represented by algebraic symbols to solve an equation.

Thus for Leibniz, the symbols in the language of logic no longer stood for concrete ideas; instead, they stood in place of them. The characters “not only assist reasoning, they substitute for it.” (Couturat 1901: 101).

Dascal has objected (1978: 213) that Leibniz did not really conceive of his characteristica as a purely formal instrument apparatus, because symbols in his calculus are always assigned an interpretation. In an algebraic calculation, he notes, the letters of the alphabet are used freely; they are not bound to particular arithmetical values.

For Leibniz, however, we have seen that the numerical values of the characteristic numbers were, so to speak, “tailored” to concepts that were already filled with a content–“man,” “animal,” etc.

It is evident that, in order to demonstrate that “man” does not contain “monkey,” the numerical values must be chosen according to a previous semantic decision. It would follow that what Leibniz proposed was really a system both formalized and interpreted.

Now it is true that Leibniz’s posterity elaborated such systems. For instance, Luigi Richer (Algebrae philosophicae in usum artis inveniendi specimen primum, “Melanges de philosophie et de mathématique de la Societé Royale de Turin,” 1761: II/3), in fifteen short and extremely dry pages, outlined a project for the application of algebraic method to philosophy, by drawing up a tabula characteristica containing a series of general concepts (such as aliquid, nihil, contingens, mutabile) and assigning to each a conventional sign.

The system of notation, semicircles orientated in various ways, makes the characters hard to distinguish from one another; still, it was a system of notation that allowed for the representation of philosophical combinations such as “This Possible cannot be Contradictory.”

This language is, however, limited to abstract reasoning, and, like Lull, Richer did not make full use of the possibilities of combination in his system as he wished to reject all combinations lacking scientific utility (p. 55).

Towards the end of the eighteenth century, in a manuscript dating 1793-4, we also find Condorcet toying with the idea of a universal language. His text is an outline of mathematical logic, a langue des calculs, which identifies and distinguishes intellectual processes, expresses real objects, and enunciates the relations between the expressed objects and the intellectual operations which discover the enunciated relations.

The manuscript, moreover, breaks off at precisely the point where it had become necessary to proceed to the identification of the primitive ideas; this testifies that, by now, the search for perfect languages was definitively turning in the direction of a logico-mathematical calculus, in which no one would bother to draw up a list of ideal contents but only to prescribe syntactic rules (Pellerey 1992a: 193ff).

We could say that Leibniz’s characteristica, from which Leibniz had also hoped to derive metaphysical truths, is oscillating between a metaphysical and ontological point of view, and the idea of designing a simple instrument for the construction of deductive systems (cf. Barone 1964: 24).

Moreover, his attempts oscillate between a formal logic (operating upon unbound variables) and what will later be the project of many contemporary semantic theories (and of artificial intelligence as well), where syntactic rules of a mathematical kind are applied to semantic (and therefore interpreted) entities.

But Leibniz ought to be considered the forerunner of the first, rather than of the second, line of thought.

The fundamental intuition that lies behind Leibniz’s proposal was that, even if the numbers were chose arbitrarily, even if it could not be guaranteed that the primitives posited for the same of argument were really primitive at all, what still guaranteed the truth of the calculus was the fact that the form of the proposition mirrored an objective truth.

Leibniz saw an analogy between the order of the world, that is, of truth, and the grammatical order of the symbols in language. Many have seen in this a version of the picture theory of language expounded by Wittgenstein in the Tractatus, according to which “a picture has logico-pictorial form in common with what it depicts” (2.2).

Leibniz was thus the first to recognize that the value of his philosophical language was a function of its formal structure rather than of its terms; syntax, which he called habitudo or propositional structure, was more important than semantics (Land 1974: 139).

“It is thus to be observed that, although the characters are assumed arbitrarily, as long as we observe a certain order and certain rule in their use, they give us results which always agree with each other. (Dialogus in Gerhardt 1875: VII, 190-3).

Something can be called an “expression” of something else whenever the structure [habitudines] subsisting in the expression corresponds to the structure of that which it wishes to express [ . . . ].

From the sole structure of the expression, we can reach the knowledge of the properties of the thing expressed [ . . . ] as long as there is maintained a certain analogy between the two respective structures.” (Quid sit idea in Gerhardt 1875: VII, 263-4).

What other conclusion could the philosopher of preestablished harmony finally have reached?”