Eco: The English Debate on Character and Traits 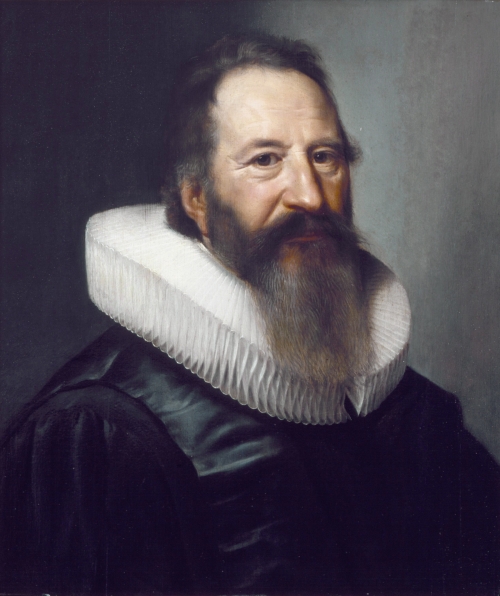 Anonymous, Gerardus Johannes Vossius (1577-1649), 1636, inscribed (verso): GERH.JOH. VOSSIUS CANONICUS CANTUARIENSIS PROFESSOR HISTORIARII AMSTELO…AET LX Ao 1636. Held at the Universiteitsmuseum Amsterdam. This work is in the public domain in its country of origin and other countries and areas where the copyright term is the author’s life plus 100 years or less.

“In 1654 John Webster wrote his Academiarum examen, an attack on the academic world, which had allegedly given an insufficient amount of attention to the problem of universal language.

Like many of this English contemporaries, Webster was influenced by Comenius‘ propaganda for a universal language. He foresaw the birth of a “Hieroglyphical, Emblematical, Symbolical, and Cryptographical learning.”

Describing the general utility of algebraic and mathematical signs, he went on to note that “the numerical notes, which we call figures and ciphers, the Planetary Characters, the marks for minerals, and many other things in Chymistry, though they be alwaies the same and vary not, yet are understood by all nations in Europe, and when they are read, every one pronounces them in their own Countrey’s language and dialect.” (pp. 24-5).

Webster was not alone; other authors were taking up and elaborating ideas which had first originated with Bacon. Another writer championing universal characters was Gerhard Vossius in De arte grammatica, 1635 (1.41).

Nevertheless, for the men from whose ranks the Royal Society would later be formed, Webster’s demand for research in hieroglyphic and emblematic characters sounded too much like Father Kircher’s Egyptian linguistics.

In effect, Webster was indeed thinking of a language of nature in opposition to the institutionalized language of men (see Formigari 1970: 37).

Responding to Webster, in another pamphlet, also published in 1654 (Vindiciae academiarum, to which Wilkins himself added an introduction), Seth Ward denounced the mystic propensities of his opponent (see Slaughter 1982: 138ff).

Ward made no objection to the idea of the real character as such, provided that it was constructed upon the algebraic model invented by Viète in the sixteenth century and elaborated by Descartes, where letters of the alphabet stand for mathematical quantities.

It is, however, evident that what Ward thought of was not what Webster had in mind.

Ward argued that only the real character of which he spoke could be termed as “a naturall Language and would afford that which the Cabalists and Rosycrucians have vainely sought for in the Hebrew” (p. 22).

In his introduction Wilkins went even further: Webster, he wrote, was nothing but a credulous fanatic. Even in his Essay, which we will soon discuss, Wilkins could not resist shooting, in his introduction, indignant darts in Webster’s direction without naming him directly.

In spite of all this, however, the projects of the religious mystics did have something in common with those of the “scientists.” In that century the play of reciprocal influence was very complex and many have detected relationships between Lullists or Rosicrucians and the inventors of philosophical languages (see Ormsby-Lennon 1988; Knowlson 1975; and, of course, Yates and Rossi).

Nevertheless, in contrast to the long tradition of the search for the lost language of Adam, the position of Ward, with the aid of Wilkins, was entirely secular.

This is worth emphasizing: there was no longer any question of discovering the lost language of humanity; the new language was to be a new and totally artificial language, founded upon philosophic principles, and capable of realizing, by rational means, that which the various purported holy languages (always dreamt of, never really rediscovered) had sought but failed to find.

In every one of the holy and primordial languages we have so far considered, at least in the way they were presented, there was an excess of content, never completely circumscribable, in respect of expression.

By contrast, the search was now for a scientific or philosophical language, in which, by an unprecedented act of impositio nominum, expression and content would be locked in permanent accord.

Men such as Ward and Wilkins thus aimed at being the new Adam; it was this that turned their projects into a direct challenge to the older tradition of mystic speculation. In the letter to the reader that introduced the Essay, Wilkins writes:

“This design would likewise contribute much to the clearing of some of our modern differences in Religion, by unmasking many wild errors, that shelter themselves under the disguise of affected phrases; which being Philosophically unfolded, and rendered according to the genuine and natural importance of Words, will appear to be inconsistencies and contradictions. (B1r).”

This was nothing less than a declaration of war on tradition, a promise of a different species of therapy that would finally massage out the cramps in language; it is the first manifestation of that skeptical-analytic current of thought, exquisitely British, that, in the twentieth century, would use linguistic analysis as an instrument for the confutation of metaphysics.

Despite the persistence of the Lullian influences, there can be no doubt that, in order to realize their project, British philosophers paid close attention to Aristotle’s system of classification.

The project of Ward is an example. It was not enough simply to invent real characters for the new language; it was necessary also to develop a criterion that would govern the primitive features that would compose these characters:

“All Discourses being resolved in sentences, these into words, words signifying either simple notions or being resolvable into simple notions, it is manifest, that if all the sorts of simple notions be found out, and have Symboles assigned to them, those will be extremely few in respect of the other [ . . . ] the reason of their composition easily known, and the most compounded ones at once will be comprehended [ . . . ] so to deliver the nature of things. (Vindiciae, 21).”