Tag: Survey of Written Sources Available for the History of Babylonia under the Later Achaemenids

Lenzi: The Exaltation of the god Anu

“This brings us to the last element of historical context: antiquarianism at Uruk. Certainly others have noticed the conspicuous rise of the Anu and Antu cult in Hellenistic Uruk in both the archaeological evidence of the massive Bīt Rēs temple dedicated to Anu and Hellenistic cuneiform texts.

(For the former, see, for example, Downey, Mesopotamian Religious Architecture, 17-32, who identifies the Bīt Rēs as “the most important religious structure in Uruk during the Seleucid period” (17), and for the latter, see Amélie Kuhrt, “Survey of Written Sources Available for the History of Babylonia under the Later Achaemenids,” in Achaemenid History I: Sources, Structures and Synthesis, ed. Heleen Sancisi-Weerdenburg (Leiden: Brill, 1987), 147-57, here 151.)

A stele of the Assyrian king Šamši-Adad V (c.815 BCE), standing in the gesture of blessing before five divine emblems:
(1) the crown of the sky-god Anu, with three horns;
(2) the winged disk, often associated with Marduk or Aššur;
(3) the disk and crescent associated with the Moon god Sin;
(4) the fork associated with Nabu (?);
(5) the eight-pointed star of Ishtar.
It is now apparent that the horned crown of Anu is portrayed on numerous depictions of ummanū, or human apkallū.
The cross worn as an amulet is a symbol of the sun god, Šamaš.
It is worth noting that this king is portrayed without any indicators of divinity like a horned headdress, though he does hold a mace in his left hand, and the rosette design is evident on his bracelet.
BM 118892, photo (c) The British Museum.

But Beaulieu has offered a compelling explanation of this cultic development along with its attendant theological distinctives. He argues that it is a deliberate, archaizing theological program under the direction of temple functionaries, probably beginning in the late Persian period and culminating in Hellenistic times.

(See Paul-Alain Beaulieu, “Antiquarian Theology in Seleucid Uruk,” Acta Sumerologica 14 (1992), 47-75. (Beaulieu also focuses on antiquarianism in his “Antiquarianism and the Concern for the Past in the Neo-Babylonian Period,” Bulletin of the Canadian Society for Mesopotamian Studies 28 [1994], 37-42).

Beaulieu dates the rise of the prominence of Anu and Antu by the appearance of these deities in personal names. Summarizing his findings, he writes: “the crucial phase of the process had probably already taken place by the end of the fifth century” (“Antiquarian Theology,” 55).)

A key element in this program was the fashioning of the Urukean pantheon after the canonical god list An = Anum, thereby exalting Anu and Antu, ancient patron gods of Uruk, to its head while demoting other high-ranking deities like Marduk, the old imperial capital’s head deity, and Ishtar, a goddess prominent at Uruk in earlier periods, to a lower level in the pantheon. 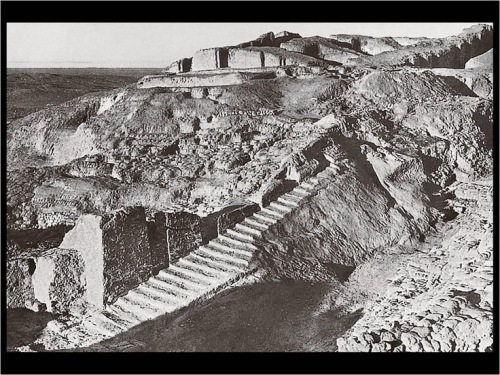 (Beaulieu cites SpBTU I 126 as evidence that the old god-list was known in Seleucid Uruk (“Antiquarian Theology,” 73, n.40). He discusses other related archaizing items, too, such as bringing an obscure goddess like Amasagnudi, consort of Papsukkal/Ninsubur, the vizier of Anu, to cultic prominence.)

Beaulieu describes the reasons for this theological move as follows:

“By putting Anu back in the foreground the religious establishment of Uruk achieved a double purpose. They created a theological system which could challenge the dominant Marduk–Nabû theology of Babylon, and they promoted an Urukaean deity to the head of their new version of the national pantheon, thus enhancing local pride.”

(“Antiquarian Theology,” 68. Since greater antiquity was perceived as conferring greater authority in Mesopotamia, one might add that Uruk had a distinct advantage in reasserting the claims of the Anu cult against the claims of the Babylonian Marduk cult: Anu was considered older than him even by such traditions as the Enūma Eliš.

However, even if one wishes to see the exaltation of Anu in terms of reasserting the authority and position of a local deity within the pantheon, this does not exclude the possibility that other concerns contributed to the decision to do so.

The decision to exalt Anu, e.g., may also have been influenced by the increasing importance of astrology among scholars, who at this later period of Mesopotamian history were now primarily associated with temples.)

In other words, with the disintegration of indigenous imperial structures under foreign regimes with little interest in arcane Mesopotamian theological matters, local cults were able to reassert their own distinctive interests. The local temple elites in Uruk did this by utilizing ancient (conceived as such by mid-first millennium times) god-list traditions to exalt Anu to the head of the pantheon.”