Selz: Plant of Birth or Plant of Life in the Etana Legend?

“The story of Etana, one of the oldest tales in a Semitic language, was, as I have argued elsewhere, modeled after the then extant Sumerian tales of the Gilgamesh Epic.

The gods build the first city Kish, but kingship is still in heaven. A ruler is wanted (and found). Due to an illness, Etana’s wife is unable to conceive. The plant of birth is wanted.

In the ensuing episode eagle and snake swore an oath of friendship. Suddenly the eagle plans to eat up the snake’s children; a baby eagle, with the name of Atrahasīs opposes this plan, but eagle executes it.

Now, the weeping snake seeks justice from the sun-god. With the god’s help the eagle is trapped in a burrow, and now the eagle turns to the sun-god for help. He receives the answer that, because of the taboo-violation he cannot help, but will send someone else.

Etana prays daily for the plant of birth and in a dream the sun-god tells Etana to approach the eagle. In order to get the eagle’s support Etana helps him out of his trap.

Now the eagle, carrying Etana on his back, ascends to the heavens. On the uppermost level of the heavens Etana becomes afraid and the eagle takes him back to the earth.

The end of the story is missing, but that Etana finally got hold of the plant of birth is very likely, since other sources mention his son.

To summarize: I have tried to show that some features of the Enoch tradition are a re-writing of very ancient concepts. I do not claim that they all can be explained assuming dependencies, as earlier scholarship has done.

I do not intend to idolize “origins,” but what might eventually come out of such a research—if the topics mentioned here are thoroughly worked out and elaborated in detail—is, that our texts implicate many more meanings than tradition may have supposed.

In my opinion there can be little doubt that the official transmission of texts in Mesopotamia was supplemented by a wealth of oral tradition. Indeed, the situation may be comparable to the one attested in the (still) living oral tradition on Enoch in the Balkanian vernaculars.”

This Akkadian clay tablet, dated to circa 1900-1600 BCE, preserves a partial version of the Sumerian Legend of Etana.
Held by the Morgan Library.
http://www.codex99.com/typography/1.html

Gebhard J. Selz, “Of Heroes and Sages–Considerations of the Early Mesopotamian Background of Some Enochic Traditions,” in Armin Lange, et al, The Dead Sea Scrolls in Context, v. 2, Brill, 2011, pp. 799-800.

“This passage reminds one of the old Mesopotamian concept—and I am convinced it is a Mesopotamian concept, not a mere invention of modern scholarship—according to which a (mythical) ruler is thought to cohabit with a goddess or with her priestly incarnation.

(This is a much disputed issue, best known under the heading “Sacred Marriage” concept. What is interesting here is the feature of a divine-human interaction in the sexual life and the consequences thereof. We are not concerned here with the hypothesis of a purely metaphorical interpretation or with a possible actualization in an alleged ritual.

For a comparative evaluation of this topic see P. Lapinkivi, The Sumerian Sacred Marriage in the Light of Comparative Evidence (SAAS 15; Helsinki: Neo-Assyrian Text Corpus Project, 2004.) 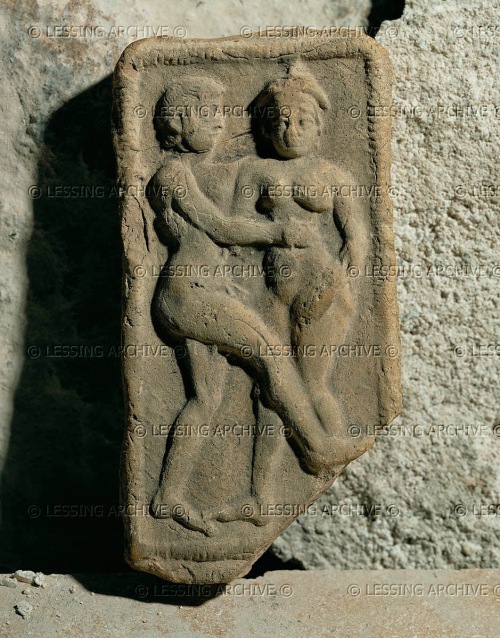 G.J. Selz, “The Divine Prototypes,” in Religion and Power: Divine Kingship in the Ancient World and Beyond (ed. N. Brisch; Oriental Institute Seminars 4; Chicago: Oriental Institute of the University of Chicago, 2008), pp. 13-31.

Accordingly, the kings of the Ur III empire depict themselves in their hymns as divine scions, as sons of the mythical ruler Lugalbanda and the Goddess Ninsu(mu)na-k. In the present context it is not without interest that these kings were thus becoming “brothers of Gilgamesh,” profiting somehow from the hero’s legendary fame. 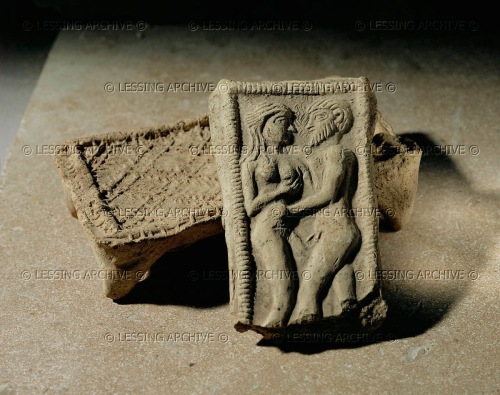 The divine sonship, however, can be traced back to the middle of the third millennium. An Old Sumerian ruler of the south Mesopotamian city state Lagash depicts himself in his text as follows:

“Ningirsu-k rejoiced over E’anatum, semen implanted into the womb by Ningirsu-k. Ningirsu-k laid his span upon him, for (a length of) five forearms he set his forearm upon him: (he measured) five forearms (cubits), one span! (to the reconstructed measurements of this period ca. 2.72 meters). Ningirsu-k, out of his great joy, [gave him] the kin[gship of Lagash].”

Hence, the ruler is the one “who has strength,” a precondition for his successful rule.

The aforementioned size of 2.72 meters makes just a small giant. However, this size is an outward sign designating someone who transgresses human measurements and norms.

Accordingly it became possible to attribute to such an extraordinary ruler a sort of functional divinity, as can be corroborated by several additional arguments.

We can therefore say that the ruler is perceived as an Avatar, a manifestation of the state god Ningirsu-k.”

Gebhard J. Selz, “Of Heroes and Sages–Considerations of the Early Mesopotamian Background of Some Enochic Traditions,” in Armin Lange, et al, The Dead Sea Scrolls in Context, v. 2, Brill, 2011, pp. 795-6.