A Digression on Berossus and the Babyloniaca

“The books written by Berossus, priest of Marduk at Babylon in the early third century B.C., have been lost, and all that we know about them comes from the twenty-two quotations or paraphrases of his work by other ancient writers (so-called Fragmenta), and eleven statements about Berossus (Testimonia) made by classical, Jewish and Christian writers.

We learn that he wrote for Antiochus I (280-261 B.C.) a work generally referred to as the Babyloniaca, a work divided into three rolls, or books, of papyrus.

Ea, or Oannes, depicted as a fish-man.

In the first book he told how a fish-like creature named Oannes came up from the Persian Gulf, delivered to mankind the arts of civilization, and left with them a written record of how their world had come into existence; according to this record, Berossus went on, Bel had created the world out of the body of a primeval female deity. This story of the creation of the world and mankind, otherwise familiar from Enūma eliš, filled out the first book of the Babyloniaca and ended with the statement that Bel established the stars, sun, moon and the five planets.

In book two Berossus (Frag. 3) described the 120-sar (432,000-year) rule of the ten antediluvian kings, and then the Deluge itself, with some detail on the survival of Xisuthros. The postdiluvian dynasties down to Nabonassar were baldly listed in the remainder of book two. 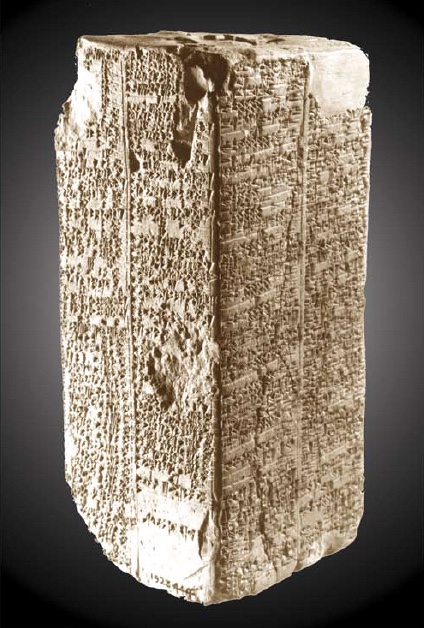 The third book, apparently beginning with Tiglath-Pileser III, presented the Late Assyrian, Neo-Babylonian and Persian kings of Babylon, and ended with Alexander the Great.

And that, according to Felix Jacoby’s edition of the Fragmenta and Testimonia is in sum what the Babyloniaca contained. There are eight quotations dealing with astronomical and astrological matters, but these he attributed not to our Berossus, but to Pseudo-Berossus of Cos.

It was to the latter, according to Jacoby, that Josephus referred as “well known to educators, since it was he who published for the Greeks the written accounts of astronomy and the philosophical doctrines of the Chaldaeans”; or who claimed, said Vitruvius, that by study of the zodiacal signs, the planets, sun and moon, the Chaldaeans could predict what the future held in store for man.

And it was Pseudo-Berossus, according to Jacoby, to whom Seneca referred in his discussion of world-floods:

“Berosos, who translated Belus (qui Belum interpretatus est), says that these catastrophes occur with the movement of the planets. Indeed, he is so certain that he assigns a date for the conflagration and the deluge. For earthly things will burn, he contends, when all the planets which now maintain different orbits come together in the sign of Cancer, and are so arranged in the same path that a straight line can pass through the spheres of all of them. The deluge will occur when the same group of planets meets in the sign of Capricorn. The solstice is caused by Cancer, winter by Capricorn; they are signs of great power since they are the turning-points in the very change of the year.”

“Pseudo-Berossus of Cos”, I believe, is not only an inconvenient but an utterly improbable scholarly creation. A century ago all of our fragments were assigned to one and the same Berossus, although those dealing with the stars were segregated from those of a mythological or historical characters.

Thus the notion was fostered that Berossus wrote two works, one on Babylonian history, another on astrology. By the turn of the century E. Schwartz found unlikely Vitruvius‘ statement that Berossus eventually settled on the Aegean island of Cos, where he taught the Chaldaean disciplina.”