“It is important to notice that the connection between the ummanus and the apkallus was not only imagined as a line of transmission, running from antediluvian time through history. The connection was not only horizontal, but also vertical.

When the ummanus participated in the “mouth washing” ritual of the divine statue, they acted on behalf of the apkallus, as we have seen it in the Poem of Erra. This implies that the apkallus were not only great figures of wisdom in the past; they were powerful transcendent forces in the present.

The maintenance of the divine statue was a necessary prerequisite for the upholding of the power of the king and the survival of the empire. In this role the earthly ummanus are called “the images” of the apkallus belonging to the divine realm; they are the representatives of these transcendent forces on earth.

We find the same imagination of the apkallus as acting transcendent forces in rituals directed against demons. This is evident both in the ritual texts themselves and in the practice accompanying them. In the rituals the apkallus were invoked to expel the demons. 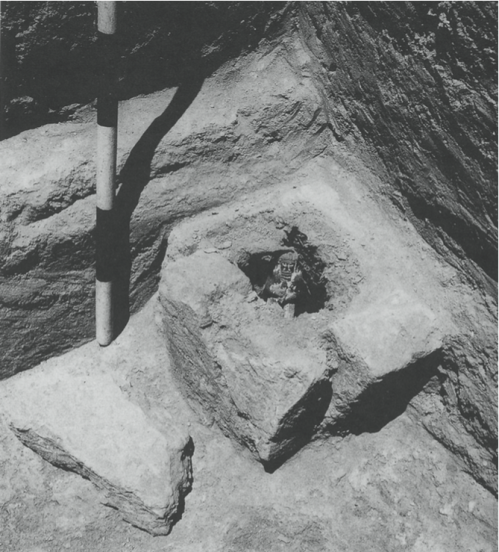 Their presence is even carved into an Assyrian bronze tablet, which shows the sick man lying on his bed with his hand raised toward heaven and the demon Lamaštu lurking just under his bed, the bed is surrounded not by āšipū; what these in reality represented were the apkallus.

This is the actual bronze frieze of the illustration held in the collection of the Louvre as AO 22205. The Lessing imprint covers much of the middle register where the sick man is portrayed with his arm raised to heaven. In the left corner is the lamp of Nusku, illuminating the proceedings. Puradu-fish apkallu are at both ends of the bed conducting the ritual. The creatures of the Mesopotamian pandemonium on the right half of the register have apotropaic functions, banishing the demons of evil, which were considered the cause of illness.

Also, this side of the belief in apkallus had political consequences. When the king had protected his palaces through proper rituals and deposed the figurines of the apkallus, he could make large images of them at the entrances and in the halls to tell both demons and enemies, that his kingdom was protected from any evil.

This combination of the apkallus as messengers from the gods, revealing the insight of heaven and earth to humans in antediluvian time, and guardians of the cosmic order, the political order, and the life and health of individuals, may seem difficult to combine.

But as we have underscored many times, there is a clear interconnection. For the ummanus, insight into the divine secrets was necessary in order to fulfill their role as watchers, both communicating with the gods and using magic to fight demons. In both cases the wisdom was revealed from the gods and written down in compositions.

One Comment to “Kvanvig: Earthly Counterparts of the Divine Watchers”